Who knew a simple trading strategy could be this profitable. I wish I could travel through time going back 5 or 10 years ago and tell myself “don’t waste your time trying to learn all the fancy options trading strategies”.

One of the reasons that I kept trying and learning new options strategies was because of the imposter syndrome. I felt I was not a good options trader if I was not able to successfully trade every strategy. It caused diverting my attention from what really matters, which was trade well and be profitable.

As I discussed in the June report that I was really bad at selling Strangles and Straddles, so I started focusing on selling Put options and Covered Call (if my Put options got assigned). This is also known as the Wheel strategy. July was the first month with only selling Put or Call and it was a profitable month overall. August turned out to be even better. Overall profit almost doubled from July.

One thing I noticed from the August report is that, since we are tallying trades that were closed in August, many of the trades were initiated in June or July and whatever profit or loss that occurred in August was based on the actions taken a month or two ago. I need to start paying more attention to this if I want to fully rely on trading income one day. I need to be able to estimate when and what the payout would be for the actions I take today.

Another thing to point out is that I have more assigned positions this month. The overall market has started to turn south a bit after hitting an all-time high and I have multiple positions in the Energy sector which seems to struggle because of estimated lower oil demand in the near future.

This is one of the best examples of how the Wheel strategy is getting executed. I got assigned with a substantial number of GNW shares in June and July because the Put options (Single Put) I sold were in the money when expired. I had been following the company for a few years so I was familiar with the kind of stock price drop that occurred in June and July. Since I knew the price would come back at some point, I started selling Call options (Covered call). The majority of the profit in August was from selling the Call options and a small portion of the Call options expired in the money so a good portion of the shares was called away.

The decision to trade COTY was purely technical. The price at the time of entries was between two support/resistance lines ($6.07 and $3.25) so my guess was the stock price should remain within these two lines for some time. I opened positions around $4 strike since the stock price was hovering at that level and the Put options premium was around 10%/month return. It worked well until late Aug when it started trending down and I got assigned.

I plan to keep holding the shares until they reach back to the $4 level and continue to sell Call options until then. As of now in mid-September, it is breaching the lower support/resistance line. 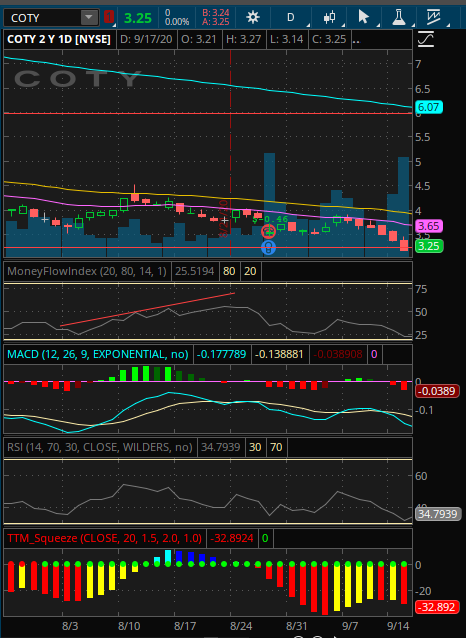 Similar to COTY, it was a decision made mostly based on technical analysis as the stock price was moving in between two support/resistance lines. It was pretty close to 52 weeks low and trading below book/share and cash/share values. The downside risk was pretty low. 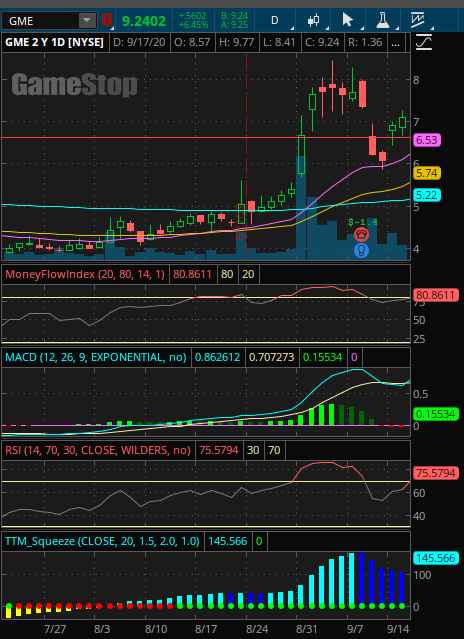 Seems like I did the right move as now the stock is trading around $1.27. 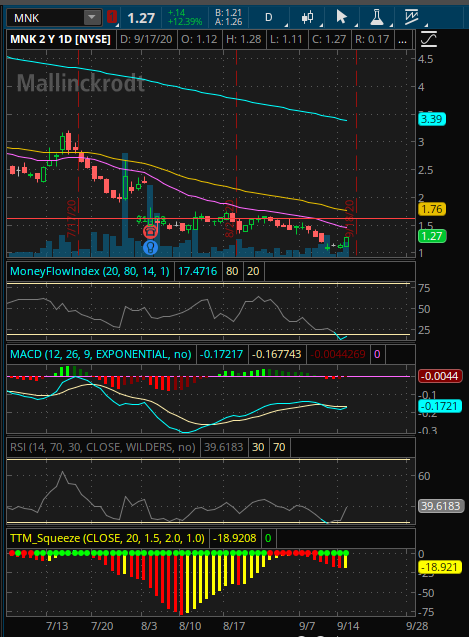 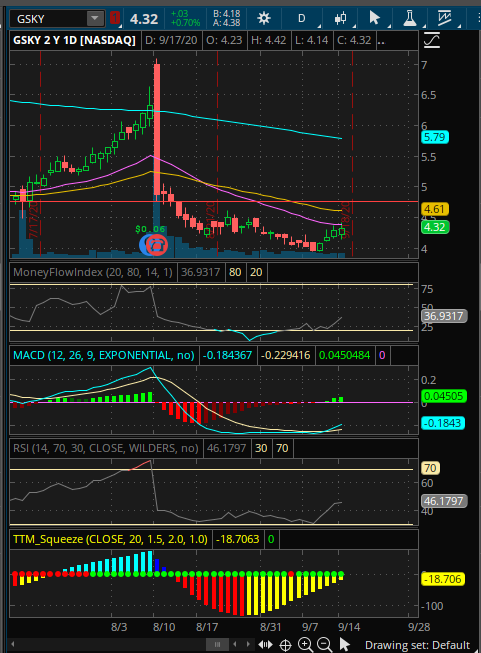 Opened a position on August 27th after the stock gapped down. The stock price continued to drop and when it made a small jump on Aug 31st, closed out everything to minimize the risk. The company is working on balance sheet restructuring and has a large negative book/share value. I did not like that. 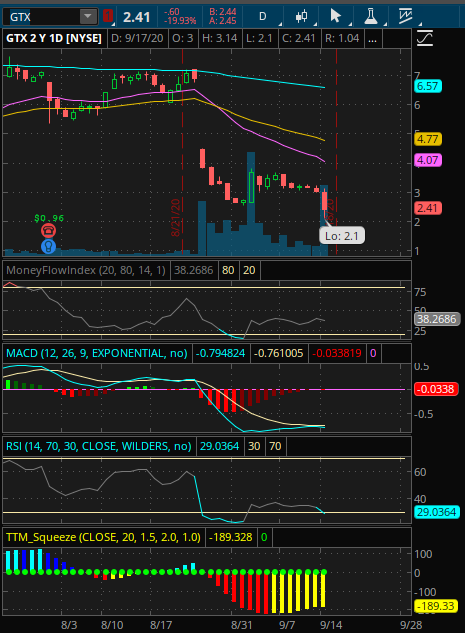 Cumulative PNL for 2020 (March to the first week of September)

The more I look at this, the more I wonder. Why did I trade all these other strategies?

Even though I aim to open positions that will expire in a few weeks or a few months, I must point out that assigned positions (assigned Put positions) are not counted in the calculation until the assigned stocks are sold. This means some of the profits/losses would be due to positions opened a long time ago (more than a few months).

As I mentioned earlier, I have more assigned positions in August so if we see a sudden jump or decline in PNL in the future, this would be the reason.