The music stopped (metaphorically speaking). After two months of consecutive 10% return in a single month (10% of the entire account value), a large mistake I made caused the music to stop. It was still a positive PNL month overall but this taught me a good lesson, which will be discussed in more detail.

Volatility was relatively lower in December compared to November, which was a large concern because the Wheel Strategy is more profitable when volatility is higher. As I explained previously, I primarily focus on selling Put rather than selling Covered Call with an intention to hold a stock for the long term. This means lower volatility would also mean lower premiums incorporated in the Put contracts that are sold. To counter this, I started looking into more ways to screen potential underlying to trade the Wheel rather than just ones with high implied volatility. One idea was to find stocks that have relatively stable prices historically, so I could sell Put options contracts closer to At the Money strikes (higher Delta) assuming the stock price won’t move too much until the options contract expires. I have managed to find a few stocks so far but it’s too early to tell if this would be a viable strategy.

The majority of the positions closed in December were opened in November or October when volatility was still pretty high. It will be interesting to see what kind of PNL the Wheel Strategy will generate in early 2021.

The graph below shows the decline in PNL in December. It is still a substantial positive PNL overall.

One thing to note is that this PNL does not include VXX trades and only consists of the Wheel strategy trades and a few credits spreads/Diagonal Calendar spreads. 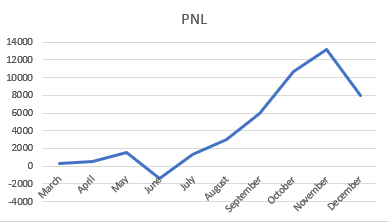 NOTE: How I Record PNL

EOLS continues to be the top winner since November. GNW reentered the list thanks to speculation that the merger with Oceanwide would be completed (which it did not). Positions for NKLA were entered before/after the GM deal when volatility was relatively high.

Positions closed in December were opened back in November when the stock price was hovering around the support / resistant line (red arrow). According to this article, The company was awaiting a decision from the ITC concerning the use of Jeuveau in the US and when the decision came out on December 16, 2020, it was not as bad as expected so the stock price took off.

This is one of those perfect cases showing how “fear” is incorporated in the options premium and selling Put could profit handsomely from it. 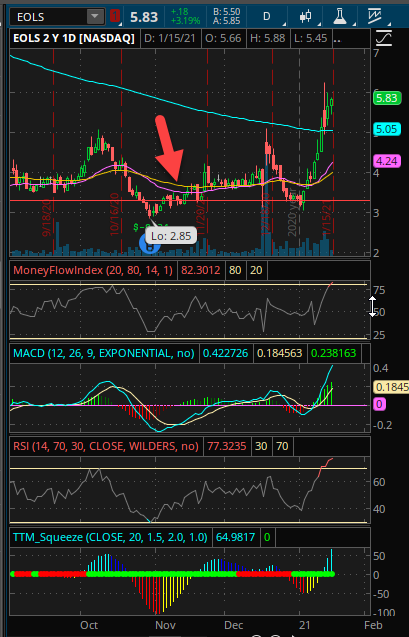 The majority of the positions have been a long time in the making since October. The implied volatility level for this stock has been relatively low and the only reason I kept trading it is because of the ongoing merger activity. The valuation of the company is much higher than the stock price so even if the merger doesn’t take place any time soon, the stock price should stay relatively stable, or recover in a relatively short time as it has happened historically.

As of this writing, since the merger did not go through in December, GNW stock price has dropped from close to $5 to around $3. 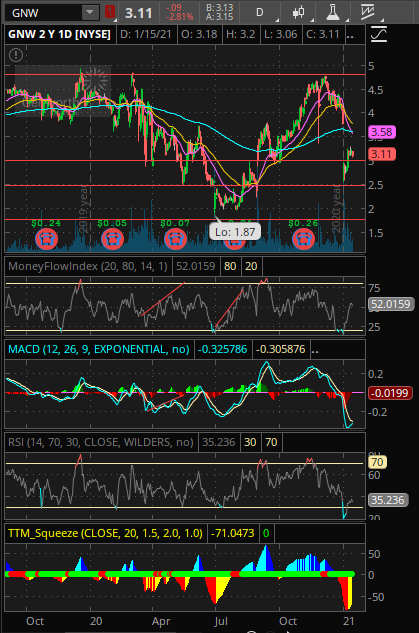 Recent electric vehicle hype (or not hype?) has caused some electric vehicle-related stocks to show up on my screener.  Positions closed in December were opened in October and November before/after the GM deal when volatility was relatively high. 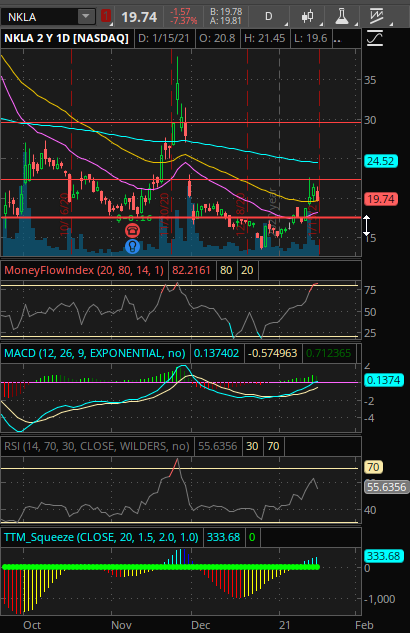 According to this article on seekingalpha.com,

OVID showed up on my radar because of high Implied Volatility in November. I set up a few Good Till Cancel orders to open a few $5 strike positions anticipating small price fluctuations but then the news above came out post-market. I could have closed the Good Till Cancel orders before the market opens the next day, but I failed to do so because I DID NOT HAVE A GOOD SYSTEM IN PLACE to monitor the post-market and pre-market pricing of the stocks I was watching.

As you can see from the image below the price drop (red arrow) was so significant that it would have been so easy to spot it if I have had a good post-market/pre-market pricing monitoring system in place. 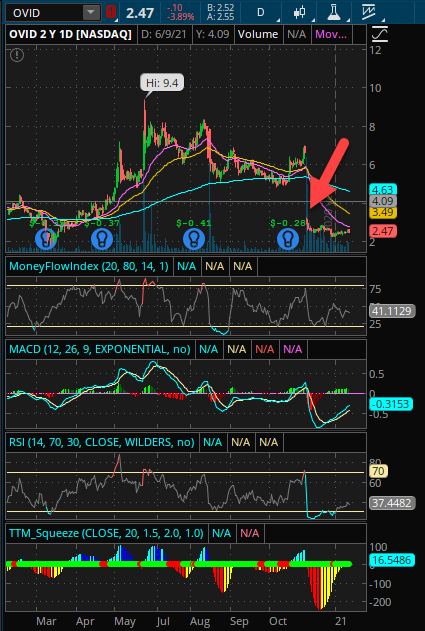 This is one of those “this time will be different” trades. I should have not opened this position in the first place yet I did it anyway.

On December 28, SPY was close to the all-time high, and for whatever reasons I thought it would not go higher (red arrow). As it turned out the next day it DID go higher and hit the pre-determined exit point so I got out (yellow arrow).

I have already pointed out that I am not good at directional trades numerous times and yet, from time to time, for whatever reasons, I still trade it anyway.

I think somewhere in my mind that I am still trying to prove to myself that I could successfully carry out directional trades. Obviously, I am not. I need to work on stop myself from carrying out this kind of trades. 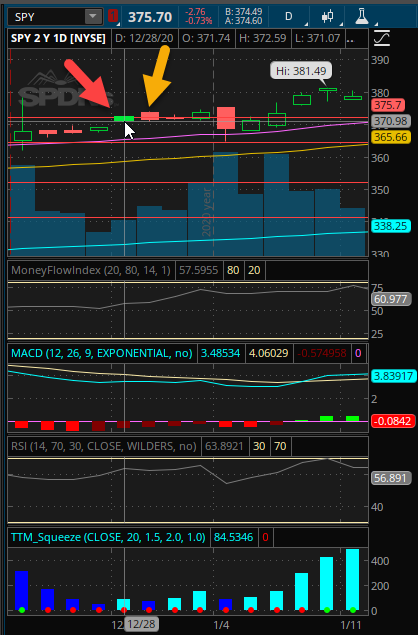 My first thought is “data doesn’t lie”. It is so clear and interesting to see that the only Spread Type with a positive PNL is the one from the Wheel strategy. It also has an astonishing >90% win rate. After testing and trying different trading strategies, failing to generate any large positive PNL for so many years, the reason for this astonishing result really came down to the following key points for me.

1) Find a trading strategy/style that fits your personality

The SPY trade above illustrates this point perfectly. As you can see from the chart, SPY price did eventually drop to a point that I could have exited the position with a positive PNL. However, I set the exit point way too low because I was afraid of losing big (which has happened before). Even though I set the position sizing small enough that a total loss would not have been such a big deal, I was still afraid and not confident. My personality is just not a good fit for this kind of trade.

By focusing on the potential loss has kept me sizing positions appropriately. The OVID trade above is a good illustration of that. I kept it small enough so even when it went very wrong, the loss was still small enough to be offset by the profits of the month.

3) Trade for the long term

I stopped making any target “Goals” and instead focusing on the process. It would have been nice to get a 10% return three months in a row but it didn’t happen because my trading process was not good enough to achieve that.

I know everyone wants to make a million dollars but hitting that milestone should be just a part of the process. It should not be a goal.

My trading journey started with trading penny stocks. It really took me a long time to get to where I am here today. There were a lot of unnecessary steps I took and I probably could have got to this point much sooner if I have had done it differently.

However, because of that journey, I can see why it is so difficult making consistent profit trading stocks and options.

What do you think? What are the key points that make you trade well?