February was an emotionally draining month. After the GME, BBBY debacle at the end of January, every time I looked at my trading log, I would get reminded of the incident. I got an audio version of “Get Out of Your Own Way: Overcoming Self-Defeating Behavior” to find ways to start self-discover why I did what I did. The book gave 40 different types of self-defeating behaviors but it was not able to answer a more fundamental question of “Why we do what we do to self-sabotage”. The self-discovery journey continues.

As far as the PNL performance goes, it was a good month overall but also got some assignments and holding on to some stocks that are paper lost as of now. These transactions are not recorded in the PNL until they are closed (as explained below) so on the surface, there was no loss for the month.

When it got towards the end of February, the market condition seems to start shifting a bit. Many of the electric vehicle-related stocks started to decline and some biopharmaceutical companies involved in COVID-19 vaccine or treatment also declined as well. I have some of these companies in my portfolio so likely the decline will be reflected in the March report. 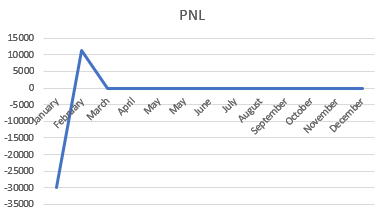 Positions closed were all opened in January when it dropped close to the support and resistance line at around $8. The stock price continued to decline but recovered in mid-February to allow all the positions to expire out of the money.

It has been downgraded by a few analysts since then and the market condition seems to be shifting, causing it to continue to decline in March. I must say I was lucky with the timing and also implementing the right position sizing has allowed me to keep the position opened a little longer after it breached the support and resistance line, rather than selling them in panic. 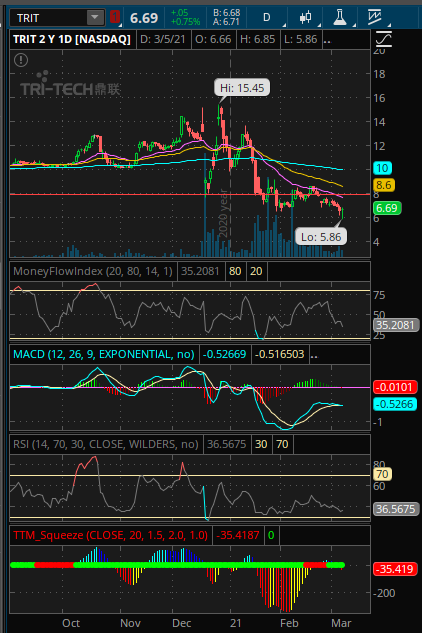 Most of the positions closed were opened in December when the stock price was still hovering around $12-$13. High IV of the options allowed me to sell high premium with out-of-the-money-strike price Put options.

Obviously, the stock price took off so all positions expired out of the money. While some people might be kicking themselves for not buying Call options for such an opportunity, I am totally fine with the outcome.

The way I trade the Wheel strategy is not to predict which stock would take off in the first place. 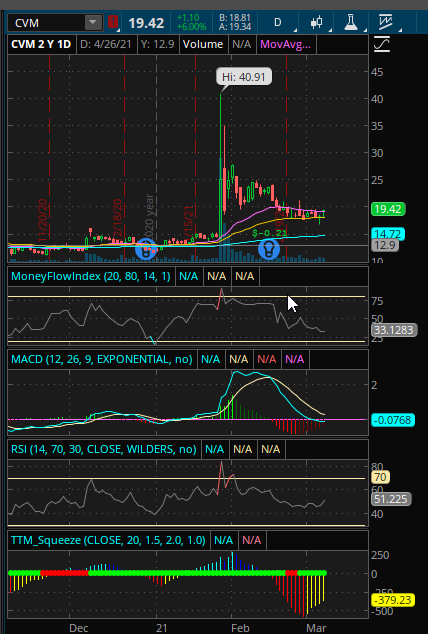 Most of the positions closed were opened in December when the stock price pulled back close to the $6 support and resistance line.

That line has been breached in the last couple of days so it will be interesting to see what happens from here. Sentiments about electric-vehicle-related stocks seem to be shifting. 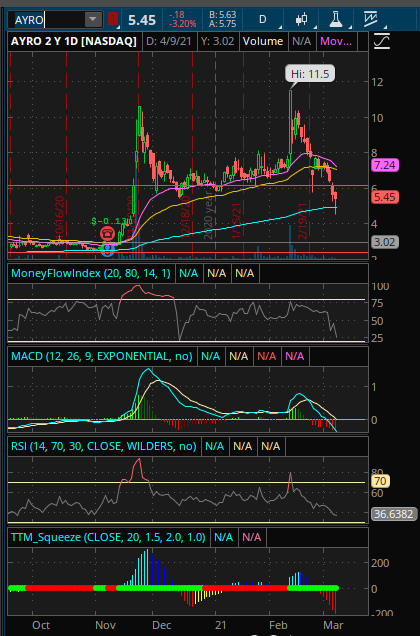 There were no registered losers in February but I got assigned for GNW, LLNW, and GEO. I plan to hold on to them and keep selling Covered Call until the stock price rises back at least to the price I got assigned.

The large loss caused by GME and BBBY from last month is obviously still lingering and can be seen from a negative number of the year-to-date PNL. Technically GME and BBBY trades were not Wheel strategy trades, but there is no excuse for what I did and I want to include them here to remind me that, no matter how many good trades I do, it only takes a few silly large trades to ruin everything.

The win/loss ratio for the Wheel strategy continues to be above 90% for the year (113 trades) and is in line with the results from last year with 271 trades. I sometimes wonder maybe I have been trading way too conservatively considering the high winning ratio. I thought of increasing position sizing but fortunately, the recent decline in the stock market has tamed me from such arrogant thinking. My account tanked 10% in a matter of a single day which made me realize I was already trading pretty aggressively and my account is highly correlated to the market. While my account did recover from most of the paper lost, it made me realize I need to hedge my account better for an eventual market downturn.

Recent news reported COVID-19 vaccine will likely be widely available for adults in the US by the end of May and market sentiment seems to start to shift. Not sure what will happen but I will likely need to do some active position management in March as the price of some COVID-19 related stocks starts to weaken.

AEZS | A Stock For The Wheel Strategy
Scroll to top