The month of May was relatively volatile. The market dipped twice and VIX spiked twice at the beginning of the month largely due to inflation fear. My account was affected significantly as well and saw substantial dips similar to the broader market. Even though I try to diversify, I generally don’t pass over a good volatility opportunity so, at times, my account could be holding a substantial amount of positions from the same industry. While this was not the case this month, it just shows that diversification alone cannot counter the broad market decline for the Wheel Strategy.

Shorting broader index such as SPY or long VIX / VIX related products could counter the broad market decline, but since this account is so small, I decided to just scale back and jump in and out of the market instead of setting up a hedge. I have been watching VIX and it seems the cloud is forming and even though we can’t predict when it’s going to rain, some indicators are showing it is not sunny anymore. 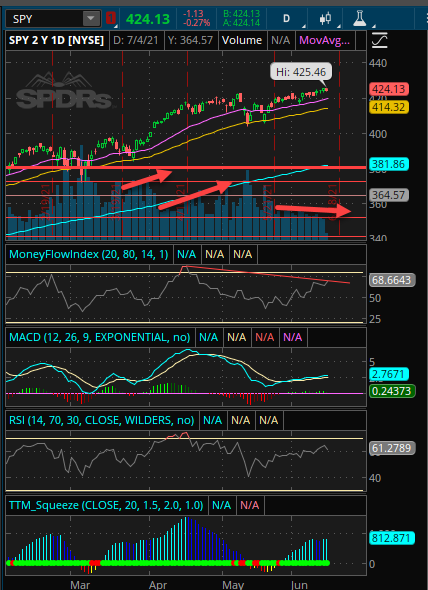 Here is another example of an interesting technical analysis by Andrew Thrasher about  % of new 20-day lows in S&P while it is at an all-time high. This is not a definite indicator of something is going to happen, but an additional technical data point to show some weaknesses in the broader market.

Tweeted quite a bit last week, and discussed it on-air with @cvpayne, the rise in 20-day lows.

Here's a chart to more clearly shows the data – This only shows the % of new 20-day lows when the index was at a high. Now you can clearly see the 17% we saw last week stands out. pic.twitter.com/3jlVuZ5hsi 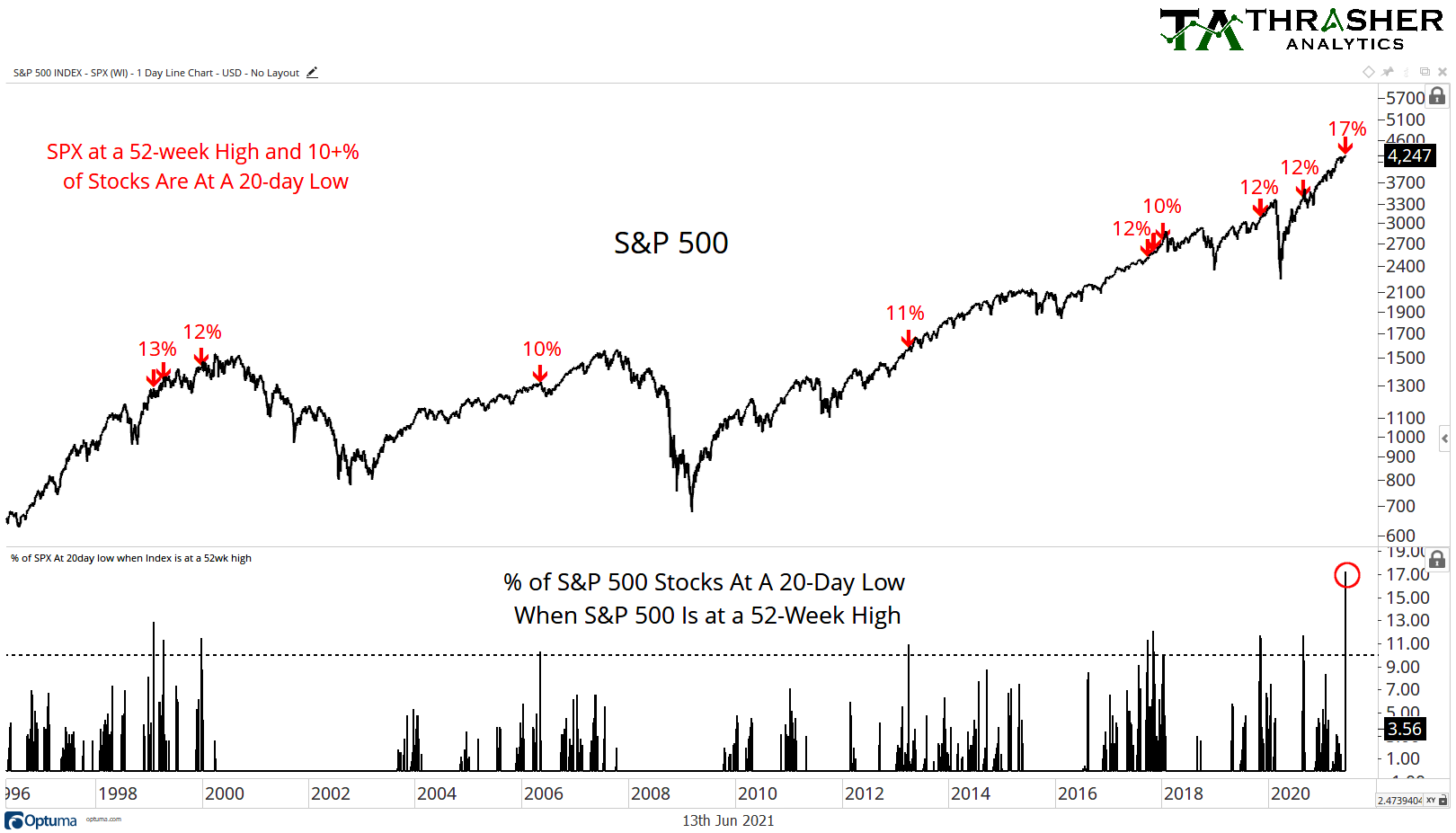 In any case, based on these observations, I have started to be more stringent about which positions to open and keeping more buying power when there is a dip. There is no way to know how big of a dip it will be, but, if it does happen, I am prepared. If I am wrong, I still have some open positions to profit from if the market keeps going higher.

Decrease in Healthcare related stocks is the primary change this month (there were 8 last month).

While I did not intend to diversity, it just turned out that these stocks had higher Implied Volatility for me to trade the Wheel Strategy.

Despite the market pullback at the beginning of the month, May turned out to be a profitable month. I managed to close some Covered Call (CC) positions once the market started to recover in the second half of the month and gained $362 overall for the month.

The May monthly return was approximately 7.5% using the initial account value of $4,827.01 for the calculation.

The win rate for the Wheel Strategy declined a bit because I decided to close a few CC positions at loss to free up more buying power. 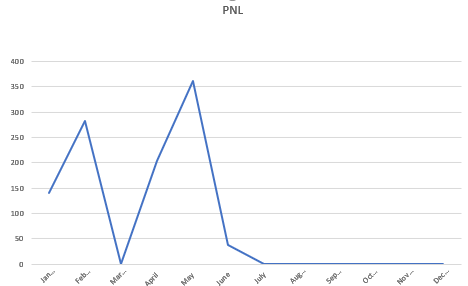 Thoughts for the May Report and What’s Next?

As I discussed earlier, I am anticipating the market to pull back somewhat in the near future based on the data that some of the indicators are showing. Since I am not sure how large the pullback will be, I have managed to find a few opportunities in early June that are unlikely to get affected by the pullback. These positions should remain relatively stable disregard of which way the market moves.

The market has been moving sideways recently so my plan is to just be on the sideline until there is a clearer trend appearing in the market.

The Reasons I Closed Down Trading Room Service
Scroll to top