Is it possible to make a 100% return a year with options trading? I am sure many of us have asked this question. One year ago, I would have said “Possible but unlikely”. Today, my answer is “It is possible with the Wheel Strategy“.

October was a really exciting month because not only the PNL doubled from September, it also reached over 10% ROI in one month. This means annualized profit could be over 100% if this kind of result could be repeated for the next 11 months.

One thing to note is that like in September, part of the reason it was such a huge jump is due to how I record PNL. I got assigned for underlying stocks several months ago and have been selling Covered call on them. I do not record PNL for such positions until I am able to close them. In other words, I do not record the PNL unless the “Wheel” is completed. Below is a brief summary of how the PNL is recorded.

NOTE on Spread Type: When transactions are exported from Thinkorswim the spread type is already assigned by the platform. “Single” means a single leg option. Selling Put is considered “Single”. Selling Call is also considered “Single”. Since I only sell Call when a stock is assigned, the system assigned the Call selling as “Single”.  If a position is opened as a Covered Call (buying stock and selling a Call option at the same time), the system would assign it as a “Covered Call”.

I got assigned for a large position of Put way back in June and July when it hit the bottom. Based on fundamental analysis, it was pretty clear that the stock price was undervalued. Held on to it and kept selling Covered Call until the stock price reached back to the strike price that I sold the Put for, which was $3.50. 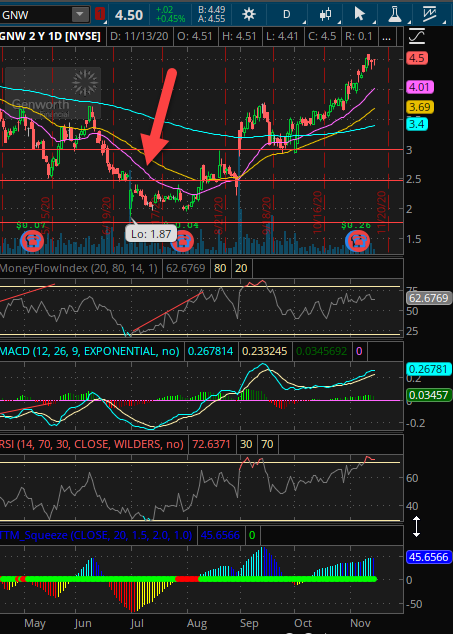 A company that provides tourism technology solutions. Obviously beaten down due to COVID 19. When sold the Put position it was hovering around $6.

Managed to get out without getting assigned. Now the stock is hovering around $9.

A cannabis company. Recent news about more states legalized Marijuana is helping the stock to jump up.

Sold $6 strike PUT and got assigned back in September. Sold covered call and managed to get out at $6 when the stock price jumped up beyond $6 in October.

Had sold a small Put position successfully back in May and jumped in again on Aug 13th to sell Put and got assigned. It was really bad timing as the price drop below $1 for a while. Further analysis showed that it might go bankrupt so decided to get out instead of getting capital tight up in a losing trade.

Did not really do a good fundamental analysis back in August and was also eager to trade instead of waiting for a good opportunity. 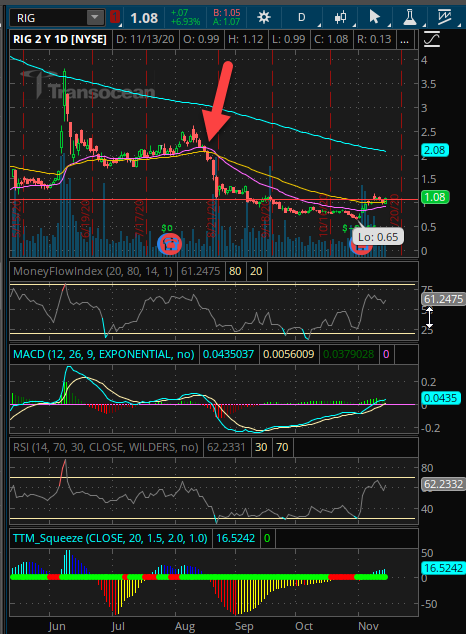 Sold Credit Call spread to get some negative delta to balance out the entire account because the Wheel strategy tends to give positive delta.

My timing was really bad because right after I opened the position S&P 500 kept going up. Even though it never went beyond 355, I did not want to risk a large loss and closed the position. S&P 500 ended up trending down after I closed it and it could have been a winning trade if I have had just held on to it.

Cumulative PNL for 2020 (March to the second week of November)

How To Trade VXX (and UVXY) Options?
Scroll to top