Blog
You are here: Home1 / Blog2 / Life of A Trader3 / What Does It Mean To Be Succesful In Life? 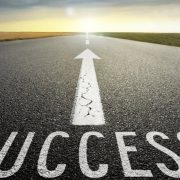 When I was small, my parents used to tell me to study hard, get good grades, and go to good schools. I was raised in a typical Asian family environment by typical Asian mentality parents. Working hard, was the spine of our lives. My parents dreamed of one of their kids becoming a doctor. I can tell you my sister and I managed to squash their dream pretty hard.

Don’t get me wrong. I was a good kid listening to my parents and was prepping for med school studying science-related subjects. But I did not want to be a doctor. In fact, I didn’t know what I wanted to be.

I bet most middle-class kids’ Northern Star until age 18 is to go to a good college and get a degree. What’s interesting is that not many people actually know what to do after that, including me. I ended up earning a graduate degree in Science and my first job out of college paid only 1/3 of what typical Bachelor’s degree graduates would make. Money was never the primary motivation to get a degree. I was told to study hard and everything would be fine.

I really didn’t know better but I really thought being a scientist was the coolest thing in the world. So it was good for a while. Until reality hit me. Having no money really sucks.

So the next phase of my life was to make a lot of money. This was why I got into options trading, along with so many side hustles and business ideas that made me work pretty much all the time. I continued doing so even after I got married and had kids.

Then one day, I lost most of what I had. I wanted to double what I had and retire early. Live the dream life that so many people talk about. Took a large risk and lost it all. It hit me pretty hard both Psychologically and Physically. I got sick physically for quite some time largely due to stress then a mild form of depression sets in.

I spent so much time accumulating and building up what I had up until that point. I was thinking about business and money all the time, even when I was spending time with my wife and kids. I felt family time on Saturdays and Sundays was a waste of my time. My mind kept saying “I should be in my office working on my projects, making more money”.

So where am I going with this?

What is success anyway? Money?

It’s all about money, isn’t it? People with money are successful.

I had the same thought until I started noticing successful people who go through tough times in their personal life. Divorce, kids with sickness, lawsuits, etc.

We take so many things for granted and just chase after money, money, and more money. Without even realizing that we are so lucky compared to so many other people in this world.

Why don’t we hear average people telling us “you will be fine? You don’t need as much money as you think you need when you retire”? Because it’s boring and probably some people don’t want us to know the truth.

I truly doubt living in fear of not having enough money to retire for the next 20 years would make me successful.

In fact, I am already successful. I graduated with multiple degrees. I changed my career in my mid-30s (I am no longer in the Science field). I have a family, a car, and a house.

I am not famous or rich, but some of those famous and rich people probably wish they could have some of the things that I have.

To them, I am successful.

Every one of us is already successful in some way. The fact that you are reading this right now is a success. Not everyone gets to live as long as you are. Not everyone is able to read English.

Having a lot of money is only a small portion of being successful in life. I keep reminding myself that. Especially now when I trade options and when I spend time with my family.

What do you think? What does it mean to be successful for you?